In 563 or 566 B.C.E., a prince was born to a noble family of the Shakya clan, in a very beautiful park called Lumbini Grove, which lay in the foothills of the Himalayas Nepal. This beautiful park was not far from the capital city of the Shakya kingdom, Kapilavastu. The prince’s father, King Shuddhodana, named his son Siddhartha. He was a member of the Kshatriya, or royal warrior caste, and his clan lineage, the Gautamas, was ancient and pure. His mother was Mahamaya or Mayadevi, daughter of a powerful Shakya noble, Suprabuddha. Before the conception of Siddhartha, Queen Mahamaya dreamed that a white elephant, extraordinary and utterly beautiful, entered her body. Soon after the birth, soothsayers predicted that the young prince would become either a Chakravartin, a universal monarch, or an “awakened one,” a buddha. So from the very beginning of his birth, he showed signs of perfection.
When Siddhartha realized that he was not reaching his goal, liberation, he gave up the ascetic way of life and turned to meditation, deciding to seek enlightenment on his own. After six years of hardship and practicing near Nairanjana River, he began to travel and gradually came to the region of Gaya. Siddhartha went to Bodhgaya, where he sat under what was later to be known as the Bodhi-tree, vowing to exert himself in his meditation until he reached his goal of enlightenment.
Jamgon Kongtrul, Karmapa, and Gyaltsab Rinpoche in front of the famous statue of Shakyamuni Buddha in the Mahabodhi Temple.

Jamgon Kongtrul, Karmapa, and Gyaltsab Rinpoche in front of the famous statue of Shakyamuni Buddha in the Mahabodhi Temple, Bodhgaya.

After forty-nine days, at the age of thirty-five, Prince Siddhartha attained complete enlightenment, or buddhahood, overcoming all the obscurations and temptations of Mara. At this point, Siddhartha was a buddha, a fully awakened or enlightened one, and he knew that for him, there would be no further rebirth in samsaric realms. 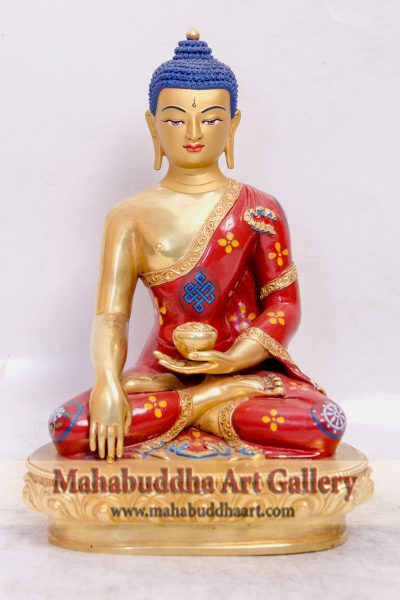 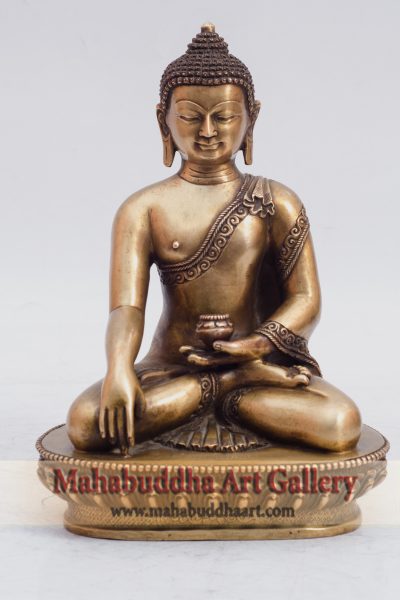 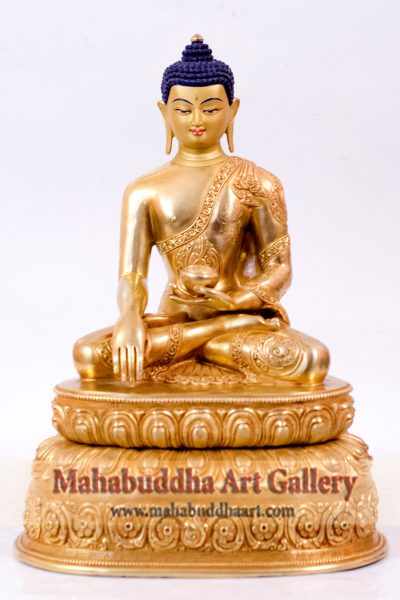 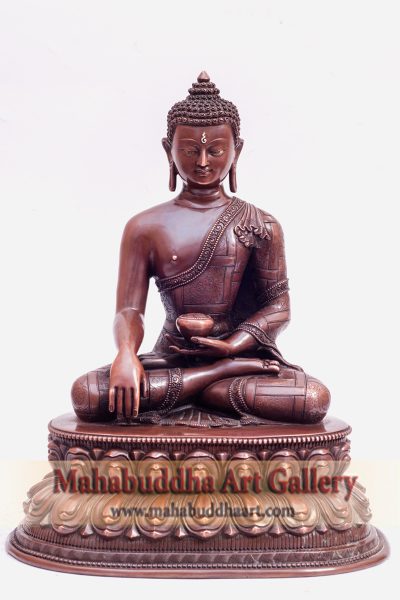