The Tibetan Marpa (1012-1097) came to Nepal in search of the dharma. Buddhist from his earliest youth, he had learnt Sanskrit from the Sakyapa Lama Drogmi, then exchanged all his belongings for gold in preparation for his quest. So impressed was he by Naropa’s disciples, he decided to become one himself.

For many years he received Naropa’s teachings, as well as studying with a variety of famous Indian masters including Jnanagarbha and Kukuripa. Having practiced and mastered the teachings, Marpa returned to Lhodrag in south Tibet, where he lived with his wife Dagmema and their two sons, and spent several years translating Buddhist scriptures from Sanskrit into Tibetan. During his second journey to India, Naropa predicted that Marpa’s future main disciple would be Milarepa. During Marpa’s third journey to India, he went to study with the master Maitripa and received the definite and complete transmission of Saraha’s Mahamudra lineage. Because of his great translation activity he is known as “Marpa the Translator”.

All in all he went to India three times, bringing with him a great number of teachings back over the mountain passes to Tibet. Having achieved renown, Marpa attracted a large group of students, to whom he passed on the fruits of his research in India. Among his students, Milarepa was to become his main lineage holder. Marpa subjected Milarepa to very difficult trials before giving him the precious transmissions. In the end he appointed Milarepa his spiritual successor. 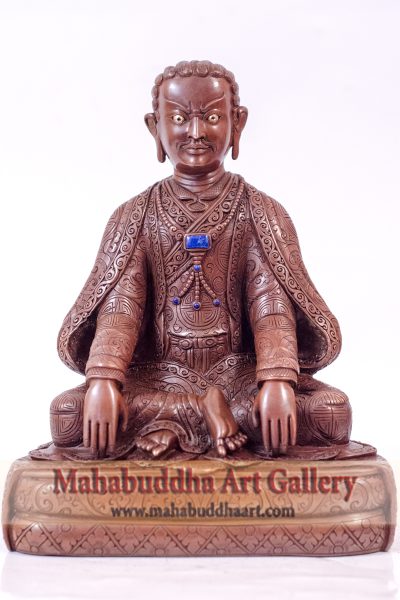